These compasses were used  by  observers in observation balloons. Observation balloons are balloons that are employed as aerial platforms for intelligence gathering and artillery spotting. The balloons were fabric envelopes filled with hydrogen gas, whose flammable nature led to the destruction of hundreds of balloons on both sides. Observers manning these observation balloons frequently had to use a parachute to evacuate their balloon when it came under attack.

World War I was the highpoint for the military use of observation balloons. The British, despite their experience in late 1800s Africa, were behind developments, using spherical balloons. These were quickly replaced by versions of first Italian and then French designs, which were flyable and could operate in more extreme weather conditions.[5] During World War I, artillery had developed to the point where it was capable of engaging targets beyond the visual range of a ground-based observer. Positioning artillery observers at altitude on balloons allowed them to see targets at greater range than they could on the ground. This allowed the artillery to take advantage of its increased range. The balloons were deployed on land and at sea for use in: Observing enemy troops, Locating submarines and Artillery spotting.

The leather strap is still in good condition.

On the bottom of the compass the name of the owner is engraved.  "R.H.Moore  R.G.A."

On the leather compass pouch is written "Capt. R.H. Moore"

I found two ads in the London Gazette:

The undermentioned Lt. (actg. Capt.) to be temp. Capt.

and is granted the rank of Capt. 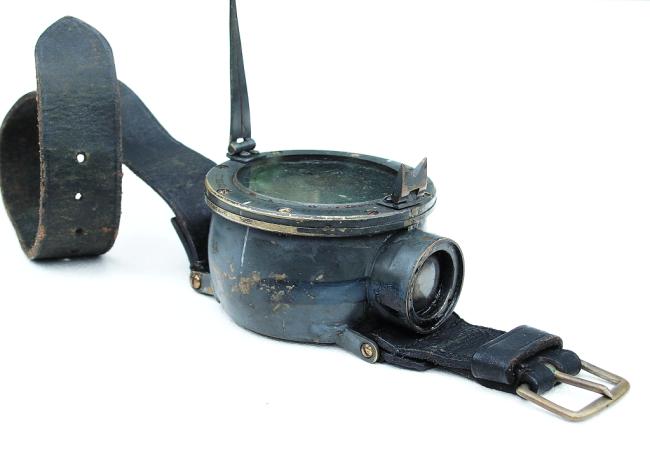 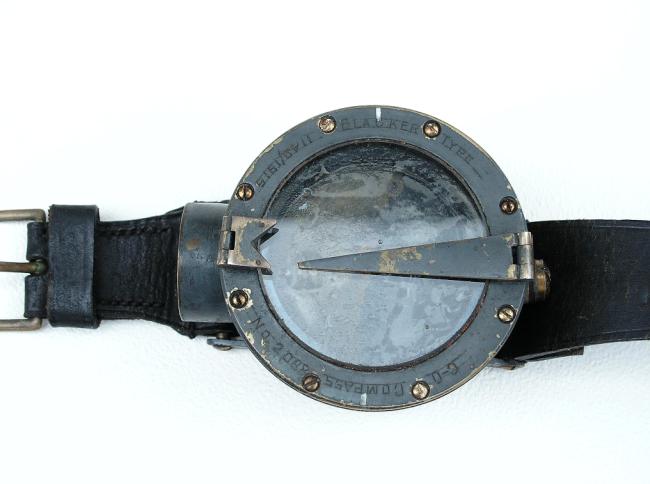 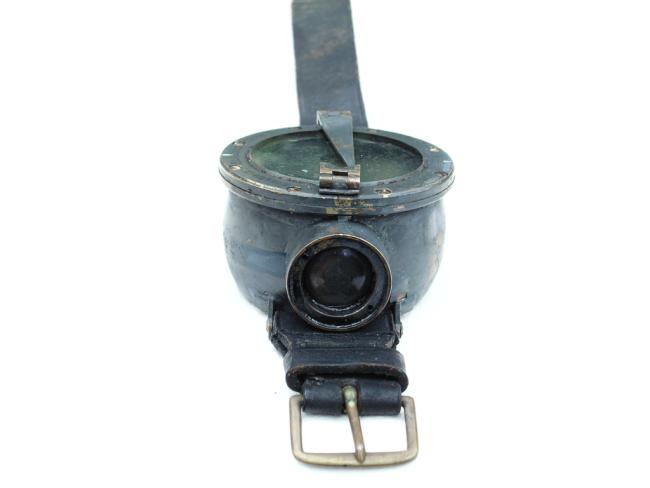